President and Co-Founder of Mission Green, Weldon Angelos, is a music producer who has worked with legends like Snoop Dogg, Tupac Shakur’s recording group, and Tory Lanez.

In 2004, Weldon became the national face of criminal justice reform after he was sentenced to a mandatory 55-year prison term for roughly $9 000 worth of cannabis. His cause was championed by Senators Cory Booker & Mike Lee, celebrities, leading news organizations like the Washington Post & Rolling Stone magazine, and even the Koch brothers, which led to an early release in 2016 after serving 13 years of his 55-year sentence.

Since his release, Weldon has become a leading activist working to end the cannabis prohibition and reform our federal criminal justice system. We asked him some questions to understand what he's working on and how the cannabis industry can help. 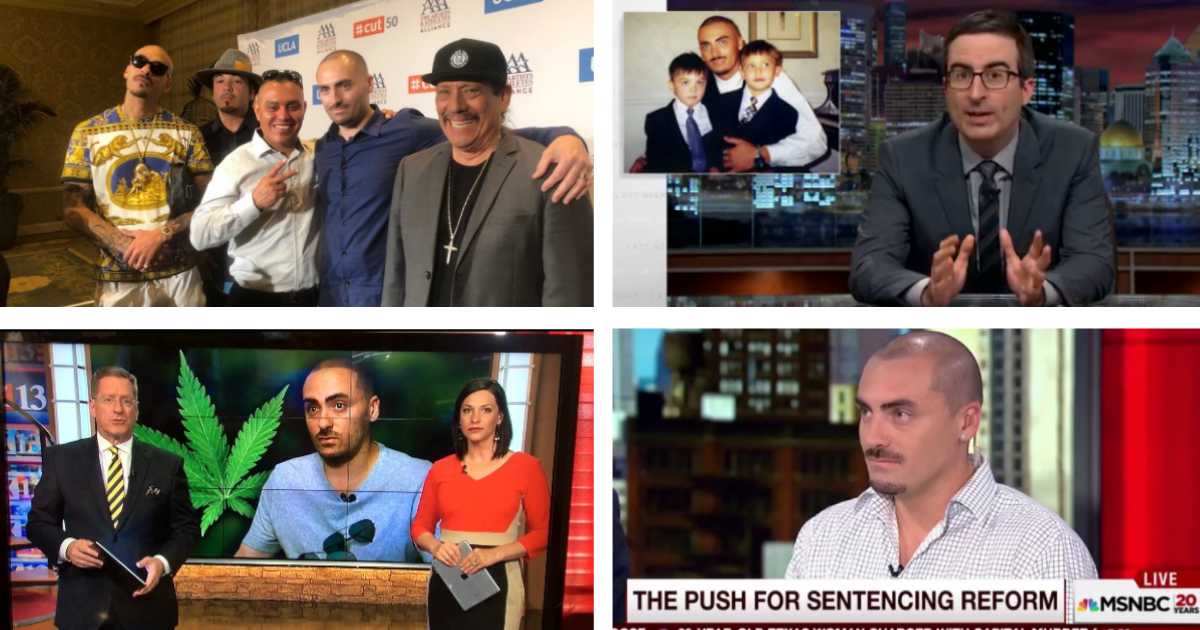 Can you tell us about The Weldon Project & Mission Green? What is your mission and how does it come to life to make change?

The Weldon Project (“TWP”) is a non-profit organization that advocates on behalf of currently or formerly incarcerated drug offenders who were sentenced to prison for nonviolent drug offenses. TWP has adopted a multifaceted approach to addressing the injustices and disparities in sentencing for drug offenses and the collateral consequences of drug-related arrests and convictions. TWP redresses these injustices and disparities through policy reform, legislative advocacy, and impactful direct service programs designed both to secure release of nonviolent drug offenders from incarceration and to assist those coming out of incarceration in rebuilding their lives through reentry programs and anti-recidivism efforts.

The Weldon Project works to bring together leaders impacted by the criminal justice system and unlikely allies from both political parties to push for criminal justice solutions. TWP works directly with lawmakers, advocacy groups, incarcerated individuals, and the White House on a broad range of criminal justice issues. Notably, TWP helped pass the historic, bipartisan criminal justice reform legislation called the First Step Act which was signed into law in December 2018.

The Weldon Project launched the MISSION [GREEN] initiative to focus on individuals incarcerated for cannabis-related offenses in the federal criminal justice system. The Mission Green campaign is led by socially conscious people who have been impacted by the justice system and have lived through the issues these advocacy organizations are working to address. The people most harmed by the criminal justice system are uniquely qualified to create and champion the solutions that will begin to transform it. Mission Green assists prisoners with clemency and compassionate release petitions and advocates on their behalf throughout the process. As these offenders are released, Mission Green works to create pathways to expungement or pardons and assists them in finding second chance jobs to ensure they have the resources they need to succeed in the free world.

Can you share some of your personal journey with cannabis and incarceration?

My first experience with cannabis happened in the early 90s when Dr. Dre’s The Chronic came out followed by Doggystyle, which led me to experiment with the plant for the first time at the age of 13 and opened up my creative side. It led me to my journey in the music industry where I would eventually work with those I grew up listening to. My involvement with hip hop music and cannabis would both lead to my ultimate incarceration. I was eventually targeted by authorities in Salt Lake City, Utah because of my efforts to bring the hip hop culture to my hometown. I was eventually charged with 105 years worth of mandatory minimums for roughly $900 of cannabis and after trial sentenced to a mandatory 55-year sentence. I spent 13 years in prison before I was released thanks to an unprecedented effort to secure my release by Senators Mike Lee and Cory Booker, musicians like Alicia Keys, Bonnie Raitt, and Snoop Dogg, and news agencies like the Washington Post.

After being released from prison, why did you make it your mission to help others avoid what you went through?

I was the lucky one. Not everyone in prison has famous friends or political figures fighting for them, so I knew that I needed to be their voice. I was given a unique platform and network that I couldn’t just waste those resources. So, when I was released I had to make a decision. Did I want to get back in music and try to get my life back, or use my experience and contacts to help make change and bring others home. I chose the latter. 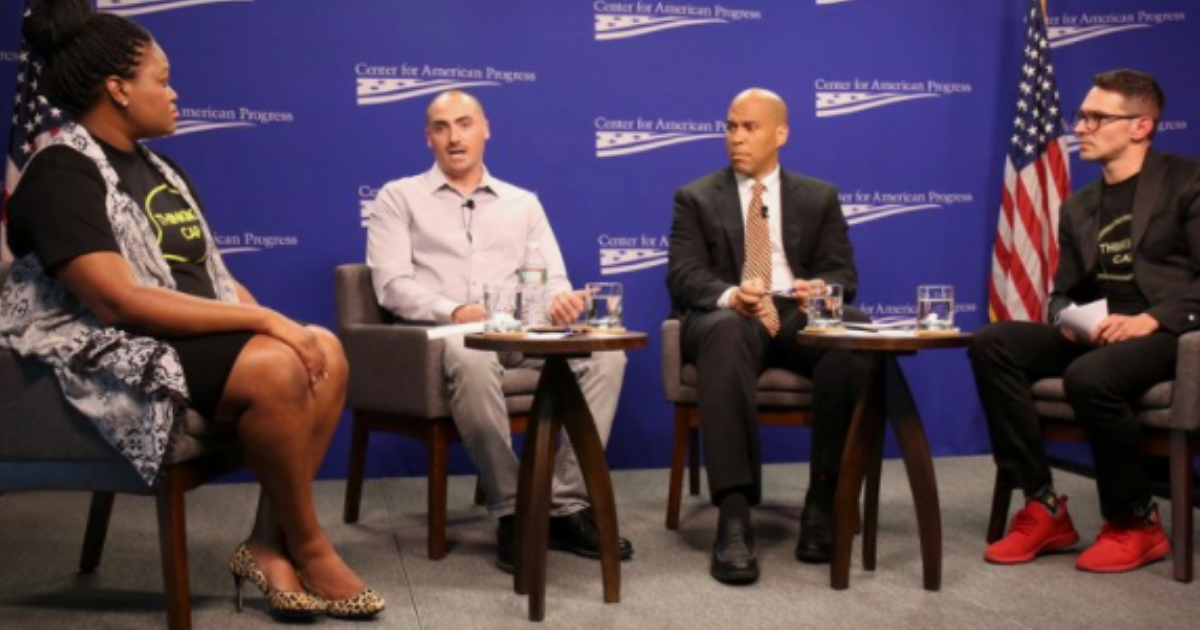 Can you share some highlights & wins of the good work you’ve been doing?

Shortly after I was released from prison, I was invited to the White House Prison Reform Summit to push for the First Step Act with Van Jones and the Kochs. I immediately began working with Senators Mike Lee and Cory Booker who both used my story to convince other members of Congress to vote in favor of the First Step Act, which was the first comprehensive federal criminal justice reform since 1970. It was a hard fight but in December 2018, we won. It was passed overwhelmingly in both houses of Congress and signed by the President. After that victory, I shifted my focus of cannabis cases and started working with the White House on clemency. We helped 12 individuals who were serving life sentences for cannabis get presidential clemency in January of this year. I also was instrumental in freeing Michael “Harry O” Harris, the co-founder of Death Row Records who was serving a very draconian prison term for a non-violent drug offense. Last July, we secured the release of former Bad Boy Records rapper Loon. Because of my work on the First Step Act and presidential clemencies, I was granted a full pardon by the President on December 22, 2020.

Recently, we started working with the White House on a clemency initiative for those incarcerated federally for cannabis-related offenses. We’ve submitted two proposals. If adopted, the White House would issue a proclamation granting a general pardon to anyone with the federal cannabis felony. This type of categorical pardon is not unprecedented. Both Presidents Ford and Carter issued categorical pardons to the draft evaders, and we are hopeful Biden will move forward in a similar fashion.

How can the cannabis industry support your project?

For the first two years of Project Mission Green, we were totally self-funded and our results were unprecedented. With the help and support of the cannabis industry, our work can be amplified. Our clemency initiative needs funding so we can expand and help more people in the federal system and expand our initiative to the states where there are people still serving prison time for cannabis.

Where can people learn more and support your efforts?